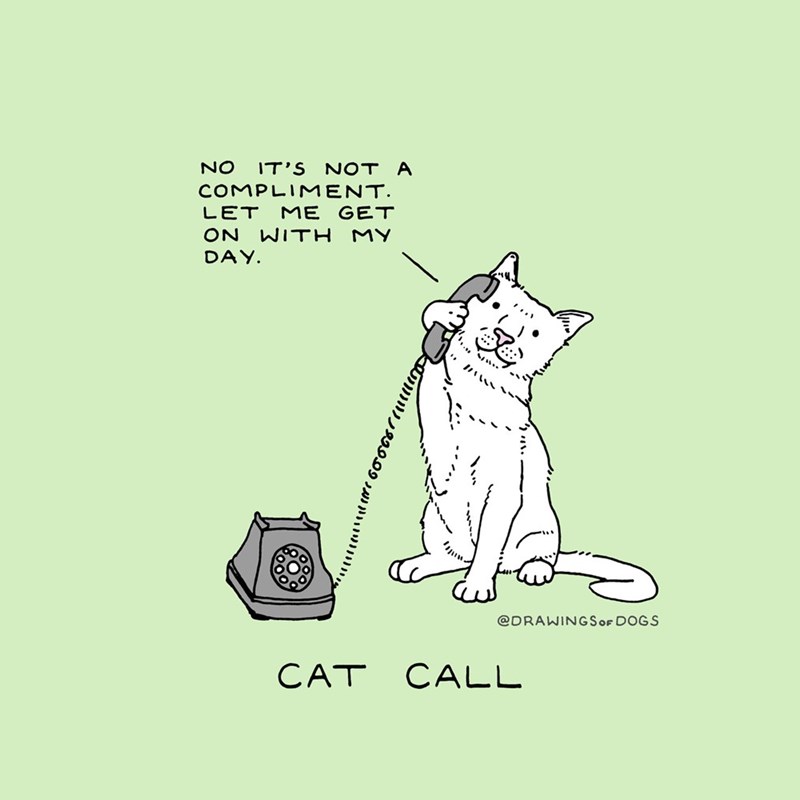 When I first moved to the Dominican Republic as a blonde haired, blue eyed foreigner, I am a little bummed to admit that I was flattered by the cat calls. I remember thinking to myself, Guys who look like THAT would never pay any attention to girls who look like ME in the United States. (Hey now, hey now, this is what teen movies are made of.)

I have grown a lot in the past six years since moving to the Dominican Republic, in nearly every area of my life. That’s not a brag, just a testimony to the faithfulness and the power of God. However, as anyone who has ever spent time with me can attest, I still have some growing to do. For example, while my patience for waiting in lines (or clumps of people trying to pass for a line) has definitely grown, my patience for the cat calling has nearly disappeared.

I have tried a number of response strategies when it comes to the cat calls. In San Pedro for a time I would say something back, joking and laughing with the dudes. Most of the time, I just mean-mug, look forward, and ignore the attention. Sometimes, though, I’m just not having it, you know? In response to, “Hey baby. I love you!” I have often responded, “NO YOU DON’T!” or, “I’M NOT YOUR BABY!”

Twice last year I tried gagging as a response. It grossed out the guy when it was just one guy, but when it was a group, they just laughed.

I’m not sure if you’ve ever been just flat out laughed at in your life (not for being funny or witty or telling a great joke, but just for existing), but it super sucks.

The following is an unfortunately common experience for American women living in the Dominican Republic (I’ll have to check in with visibly American guys to see if they experience the same bullshit):

This has happened to me where the stranger on the street was a grown up adult Dominican man, a grown up adult Dominican women, groups of grown up adults, and groups of teenagers. I have found, in six years of these types of interactions, that it honestly does not matter how I respond, the initiators will just laugh. As a teacher dedicated to teaching my students how to be self-aware, decent human beings who don’t laugh at strangers on the street, I want to sit down with these people and ask, “Why did you do that? What were you hoping I would respond with? How do you think I feel now that I am standing here by myself in a country that is obviously not my own with a group of people laughing at me?” But I don’t, because my hopes are not high that anything other than more laughing would follow.

The last little effers to try to pull this on me had another thing coming, though. And I’m not talking about a calm exploration of self and motives. I was walking to school in the morning, thinking about donuts, obviously, and these preteen twats felt the need to interrupt my morning daydreams with probably the only two English words they know.

Preteen boys, from across the street: “HI! HELLO!”
Me: *looking forward, ignoring preteens*
Preteen boys, relentless: “HELLO!!!!!!!!!”
Me: *whips around to face them* *using teacher voice* “Do you really want to start a conversation in English on the street right now? Because we can do that if that’s really want you want.”
Preteen boys: *speechless, definitely not laughing*
Me: “Si, yo pensaba que era asi. Pasa buen dia.” (Yeah, that’s what I thought. Have a good day.)
Preteen boys: *correcting my Spanish because there are 100 verb tenses and even though I know about the command tense, I rarely use it because I have a verb tense limit*
Me: “Pero mi español todavia es mejor que su ingles!” (But my Spanish is still better than your English!)

So, yeah. I really told them. *rolls eyes*

This morning I was walking to a different school and these two grown up adult men slowed down their motorcycle to turn around and very noticeably gawk at me. Boy, did I ever feel appreciated as a woman. (*gags*) I stared at them, blank faced, hard eye contact. I’m working on extending my reputation around town to, “La Americana con los perros y los tatuajes that YOU DON’T EFF WITH.”

Finally, this fine morning, I said, very flatly to these two grown up adult men, “Wow, siento muy bueno ahora,” which means, “Wow, I feel great now.” I maintained eye contact with the blankest expression I could muster as they laughed and drove off. At least they didn’t correct my Spanish, because that one liner definitely wasn’t perfect.

Real esteem building stuff, right? Who doesn’t love to be gawked at from feet away and then laughed at?

A few weeks ago I had just finished my first week back as the first grade teacher at JCS and still had a 4 hour Saturday morning English class that I accidentally agreed to teaching to look forward to. *cheers sarcastically* By the end of that 4 hour Saturday morning English class I was CRABBY. I wanted to get home without anyone touching me or talking to me. So naturally there was a gentlemen standing SQUARELY IN THE DOORWAY of the Language Center where aforementioned Saturday morning English class takes place. This is the type of spatial thing that I have developed a patience for. Mostly. Usually. But not on this particular day. On this particular day, because of the crabbiness, I told this grown man I had never met before, “This is not a good place to stand – right in the doorway,” as I wedged myself and my backpack between him and the two other people standing directly in front of the doorway.

Then, outside of the grocery store, some dude bro with cat calling on his mind leaned out the window to spout some poetry at me, and I swear, he saw my face, saw that I was NOT HAVING IT, and stuck his misogynistic head right back in that window without a peep.

As a problem solver, I want to come up with a response to cat calling that opens the cat callers eyes to how crappy it actually is to have a stranger yell objectifying things to you on the street. I haven’t landed on that exact response yet, but if you have any ideas, please let me know.