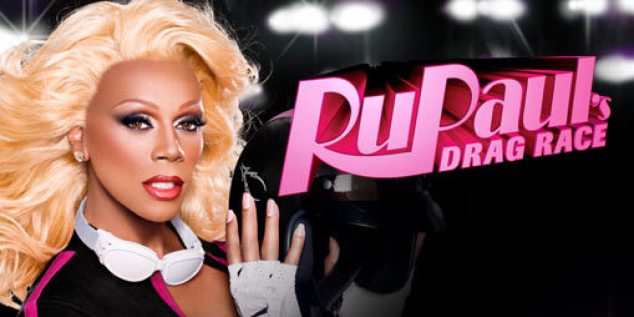 Today I’ve been watching Season 2 (because Netflix doesn’t have Season 1) of RuPaul’s Drag Race and have been enjoying every minute of it. My brother and his girlfriend sold it to me as a mix of America’s Next Top Model and Project Runway and I have not been disappointed. It’s so fun.

One of the competitors shared that he had attempted to kill himself when he was younger. He said that when he started feeling attracted to boys he thought there was something wrong with him because he didn’t know any gay people and so he thought that he just shouldn’t live.

When he shared that I prayed, “Oh, Lord, let the little boy who needs to see this see this and live.” Which might sound like a weird thing to pray – that a little boy might watch RuPaul’s Drag Race, because it’s not super family friendly. And you might feel the urge right now to Facebook message me about the sinfulness of drag and the unnaturalness and how a man in a dress is going to molest your kid in a Target bathroom and don’t I care about that?!

Here’s what I care about. The other day I saw an article about a nine year old girl who killed herself because she was being bullied. A child. A baby. Because she felt alone and like nobody cared and that she was “wrong.”

I posted once on Instagram something like, “We can’t save kids for Christ if they have killed themselves.” And I’m still sitting on that.

Recently I read Interrogation of Ashala Wolf (YA dystopian future, I recommend it) and this line stuck out to me:

Once… she’d known a girl who wanted to die until someone had spoken six words to her that made her decide to live instead. I’d asked what the magic words were, and she said it didn’t matter; the point was that no one ever knows when something they say will cause a profound change in somebody else.

The truth is, we never know when our words will change or save someone’s life. Words are so powerful. Stories are so powerful. All of the words have the potential to be magic words if we are speaking them with truth and vulnerability and love. (The greatest of these, of course, is love.) Which is why it is so important to speak the truth, to say what God is asking you to say – to write it or Facebook it or blog it or sing it or paint it. Because you never know who needs to read exactly what you needed to write.

And it all brings me back to representation. About being able to see someone who looks like you or talks like you or loves like you doing something you want to do and how empowering and important that can be. Listen, I believe in the redeeming power of God. I believe that we are all fundamentally broken and that we desperately need something outside of ourselves to start the repairs. I believe that every single second is an opportunity for a second chance, for a new path, for the next right decision. It’s not over until you’re dead.

Which is why it is so frightening to me that so many kids are calling it over. That children are looking at their lives and deciding that it’s not worth the second chance or the new path or the next right choice and they are literally taking themselves out of the game. And then, after that, there is no chance for redemption or restoration. There’s just death. And damnation. And terrible, horrible things.

And I can’t help but wonder how I am complicit in these deaths. What can I do to make sure no child in my world feels so alone and helpless that they take away any chance for redemption or restoration? How can I love instead of turning a blind eye? How can I open my eyes long enough to see how to love?

Today I did it by praying that the little boy who needs to see RuPaul’s Drag Race will see it. That he will see someone – a boy who likes to dress up like a girl – and he will know that he is not “wrong” and that he is not alone and that he was not a mistake and that he can be himself and be loved and accepted as is. Because all of that has to come before the growth. God is the God who sees and loves anyway.

A couple of weeks ago I went to a Young Life Club here in Jarabacoa where my friend Amanda said something awesome. “Jesus doesn’t shy away from us.” Mm. Praise. He does the exact opposite. He seeks us out! Even the drag queens among us!

That is the beauty of the gospel! The coming and the seeking and the finding! The God of the universe coming to us just as we are right now and buying us back. Isn’t that Hosea? Isn’t that Christmas? That Jesus becomes like us, a helpless baby – the ultimate representation! – so that He can know us and love us anyway and save us from ourselves, offer us a second chance, a new path, and the next right choice.

And this is where it starts. By knowing that we are not alone. That we are not a mistake. That God don’t make junk and that we are necessary here. We each hold the magic words that could save someone’s life one day – maybe our own. And isn’t that the point of it all? Magic and words and saving each other and ourselves? I think it just might be.