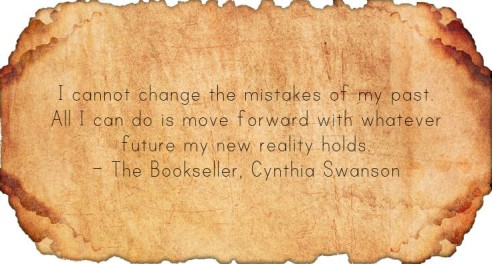 Last night I watched the last episode of Raising Hope. I had previously watched the first 2 seasons on Netflix and for some reason had come away with the impression that it got worse as it went on. But when Netflix added the last two seasons I watched them all and laughed until the very end! It is true that once (SPOILER ALERT) Sabrina and Jimmy got married the show became less about them and Hope and way more about Burt and Virginia. But I don’t think anyway was complaining. Burt and Virginia are excellent.

Anyway. There’s an It’s a Wonderful Life episode where Jimmy sees what his life would’ve been like if he hadn’t had Hope and in that episode (or in another one, I’ve watched all four seasons in less than a month!) Virginia mentions the movie The Butterfly Effect and how she’d hate for the past to change because then she might have to sit through that horrible movie again. Oh, Virginia.

My rambling introduction is that the “what if?” question has been answered before in different mediums. More than a few movies, TV shows, and books have explored what a character’s life would’ve looked like had they made one small decision differently. Most recently I read The Bookseller by Cynthia Swanson which explores two possible lives of the main character, Katharyn/Kitty. One small event in her life changed the trajectory in huge ways. Throughout the book we’re taken back and forth between the two lives, not really sure which is real until the end.

It reminds me of another book I read recently called The Impossible Lives of Greta Wells by Andrew Sean Greer. Greta, as a side effect of some electric shock therapy, finds herself living three different lives (as herself) in three different time periods. It seemed a little far-fetched to me, but it explores this same idea of one person’s life having multiple, plausible outcomes. (This is a good review of Greta Wells.)

All of these fictional explorations have got me thinking (again) about the parallel universes in which I live, about the small choices (and big ones) that changed the trajectory of my life forever. Many, many times during my first two years in San Pedro I thought about what my life would have looked like if I had stayed in Ohio. Would I be married by now? Still living in Springfield? Teaching English somewhere? Would I be a mom? A foster mom? A single lady with a bunch of cats? Oh wait, that’s this life…

In The Bookseller the single defining moment in Kitty’s life is a telephone call. In one life she hangs up about a minute before she does in the other life and that makes all the difference. In one life she is happy and content and has great relationships with her best friend and her parents. She’s single, helping her neighbor kid learn to read, and loves her cat. In her other life she’s a wife and a mother who ultimately had to choose her family over her friend and who (SPOILER ALERT) has lost her parents to a plane crash.

I wonder what the defining moments in my life have been. Obviously the big decisions like where to go to college and to move to the Dominican Republic have greatly affected my life in big ways. But what truncated phone calls or random interactions with strangers have brought me right here to this moment?

I could’ve stayed in Ohio and gotten married and become a mom in any sense and I could’ve done great and wonderful things. I could’ve taught a lot of kids and been a good friend and become more like Jesus there in Ohio and I don’t think God would’ve been made at me for not moving to the DR. I think destiny would have shifted with my decision.

I could’ve moved to Paraguay and been the perpetual 15th wheel (I student taught there during my senior year of college and arrived about the same time as five fresh outta college American teachers who all quickly paired off with each other and other teachers). I could’ve learned Paraguayan Spanish and adopted a Paraguayan dog and lived in the teacher apartments and picked up some Korean.

But I didn’t do those things. I moved to San Pedro and taught at Las Palmas and then moved to Jarabacoa and read The Bookseller after watching four straight seasons of Raising Hope. Life is so big and in this day and age for a young, single American, the opportunities are endless. It can be so tempting to get caught up in “what if?” For a long time I was caught up in “what if?” I thought that what I wanted most out of life was a husband and I thought that in one of those parallel, shock therapy induced, dream universes I surely had a husband, so maybe I chose wrong? But I can’t choose wrong. Because it’s my life and I’m the boss (despite what my dogs think).

A couple weeks ago this gorgeous Dutch couple was staying at the hostel. One night I was talking to the wife, answering her questions about how I ended up here and what I did before. She said that she had a similar story – that she had taught for a few years and then had to take a break. She said that break felt a little meandering, that during that time they had to scrimp and save because she wasn’t making as much money, that it didn’t look like a decision that made much sense, but after that break she was able to go back to teaching with a much clearer idea of who she was and what she wanted and was capable of. She encouraged me – “You made the right decision. It’s going to be great!”

If we’re moving forward, stretching out toward things like goodness and love (which never fails!) and friendship and hope and help, there are no wrong decisions. This life we’re living right now is the best one because it’s the one with YOU, with ME. We make the best of what we’re given. We love where we’re at. It’s going to be great!

One thought on “The Bookseller and Parallel Universes”