We started the month of April celebrating the Resurrection of Jesus! I can’t imagine a better way to start anything! Testing gave us three half days in a row (and gave me much pride, grading the cumulative tests of my students!). In the month of April I had two First Grade Dinners (six of my students come to my house for dinner!), rewatched Unbreakable Kimmy Schmidt, relistened to the Harry Potter and the Goblet of Fire audiobook, watched my friend’s volleyball team PLAY LIKE CHAMPS, and practiced yoga for four straight weeks! 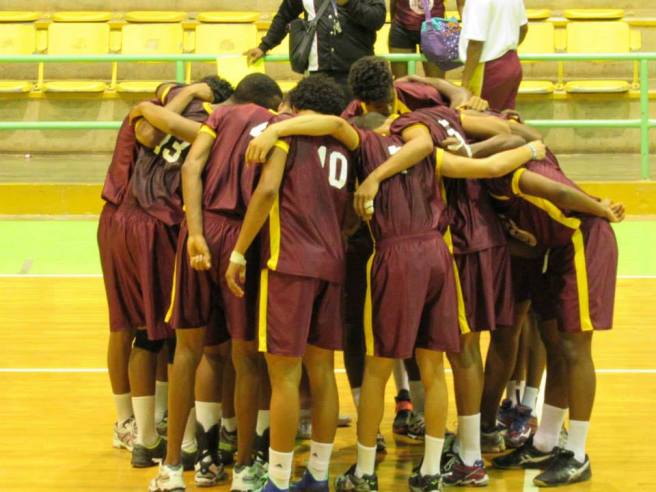 29 Underrated Book Series Every YA Lover Should Read at BuzzFeed Books – Book lists!

The Most Honest, Beautiful, Important Question I Have Ever Heard Anybody Ask at Momastery – “Magic happens when we go where God sends us, doesn’t it? It’s like God sends us places to meet God in others. And to be God for others.”

poptarts taste like freedom at Defeating the Dragons – “One of the episodes we watched recently, included Lorelai having a bit of an epiphany about her likes and dislikes. In a conversation with Sookie, she says that the first time she ever had a PopTart, “it tasted like freedom.” She wonders if perhaps some of her favorite things are simply a result of wanting them because her mother said she couldn’t have them.”

You Do You, Genghis at Mockingbird – “Haters are inclined to hate, but perhaps I have contributed to this situation somehow by frustrating that natural impulse in all human beings, that of empathy, however submerged that impulse is in this deadened, modern world.”

Peeta’s Top 10 Tips for YA Romance at Better Novel Project – This list starts off with “Tip 1: Pick a girl you sorta want to kill.” It’s a list worth reading.

5 Ways to Secure Your Happyish Ever After at Momastery – “The truth is that cleaning up socks and trying to get someone to really listen to you IS marriage. It’s less sweep you off your feet and more sweep the kitchen four times a day.”

The Seven Lies of Living Cross Culturally at the culture blend – “We think when we get an answer we understand it (you should read that sentence again).  Soon we “know” (finger quotes) everything.”

Against real beauty at Stickler. – “A size twelve woman declaring that she, too, is beautiful is not radical. You know what’s radical, what’s really powerful? A woman who understands that beauty doesn’t matter.”

Think Big, Love Small at Momastery – “…his church kicked his family out because this child’s being was causing ‘too much confusion.’  This is an especially sad development, because he is now starting to doubt that God loves him. People are leaving scripture on his doorstep to prove to this child that he’s an abomination.” I hope that more letters from people like Glennon will show “well-intentioned Christians” that this kind of reaction doesn’t actually help anybody.

Here’s the thing about Twilight – “After years of talking smack, I finally read Twilight. I have to say, I was relieved that all my smack-talking was totally deserved. It’s not a good book, guys.”

Friends on Netflix – Our Netflix has seasons 6-10 so I watched them. I had seen many of them before, but it was fun to watch in order.

Criminal Minds Season 8 on Netflix – Can you believe what happened to poor Spencer?! Oh my word. My heart broke.

The Heat – I found this extended version and it’s even funnier! So many f-words but also, so many laughs.

Tammy – I saw this in theaters and was excited to see it again. I just love Melissa McCarthy. I really like this movie because it’s HILARIOUS but also heart-warming.

Yoga with Adriene – Adriene is the best YouTube yoga instructor I’ve ever had! If you’re interested in yoga, I highly recommend her!

You are not going to drift into better behavior.
You don’t run a half-marathon by accident. No one accidentally graduates from college, or loses 20 pounds, or gets a handle on their temper.
God will help you. He’s not going to do it for you.
– Jeff Cook