I got the chance to lead our single ladies Bible Study this week! I thought I’d share my preparatory thoughts here. 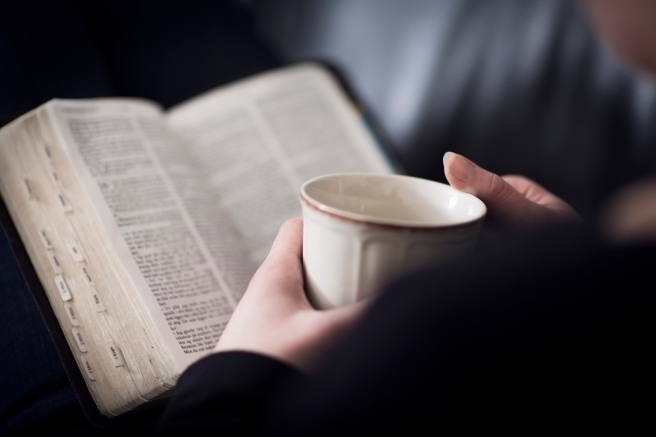 Here’s the thing about the Bible. I’ve heard it said that it’s a love letter to me. But that’s not true. The authors of the Bible have never met me. They weren’t writing to me. They were writing to their own people, to their children’s children’s children, to the budding churches in Galatia, etc. Here’s the other thing about the Bible. It’s true and the “characters” in it really lived and things happened to them. It’s living and active, sharper than any two-edged sword. It’s relevant. It matters because it tells the story of a God Who Loves. It’s useful because the God of the Bible is the God of 2015. The Bible isn’t a love letter to me, but it is a commentary on God’s relationships with other humans that are kind of like me in that they are human and messed up and make the same mistakes again and again. We are alike in that we are created in His image for good things, yet we choose our own stupid things. We are alike in that God is in the business of redeeming us. Bless. Power. Amen.

Today we’re going to look at Abram, because I know the most about him and can totally relate to him even though we are very different people. For example, Abram tends to struggle with telling people his wife is really his sister. I tend to struggle with shouting, “ARE YOU SERIOUS!?” at my students when they disobey.

God revealed Himself to Abram in specific ways, ways that were relevant to who Abram was, where he lived, what his experiences were, his culture and his time period. The same God who hung out with Abram is the same God who hangs out with us. Which is why Abram’s story is one worth reading. It goes like this…

When Abram was 75 God told Him to get up and go. He didn’t tell him where he was going, he just said, “Go.” So Abram went. This is his tale…

What do you think of when you think of Abram/Abraham??
Why doesn’t God change our names anymore??
If you could change your name, what would you change it to??

In the first five chapters of Abe’s story (all the chapters are just too many), there are TWO big things we learn about God. First, He has a plan. Second, He wants us. Those are really good qualities to have in a deity.

First things first, God is a man with a plan. (Should we talk now about how some people are referring to God with feminine pronouns? Now’s not the time? Yes? No?)

THE MAN WITH A PLAN

Genesis 12:1 // Now the Lord said to Abram, “Go from your country and your kindred and your father’s house to the land that I will show you.”

Genesis 13:1-4 // So Abram went up from Egypt, he and his wife and all that he had, and Lot with him, into the Negeb. Now Abram was very rich in livestock, in silver, and in gold. And he journeyed on from the Negeb as far as Bethel to the place where his tent had been at the beginning, between Bethel and Ai, to the place where he had made an altar at the first. And there Abram called upon the name of the Lord.

Why do you think God led Abram back to the Negeb??
Note: this is where Abram and Lot split ways. Lot chose all the Jordan Valley. He then becomes a prisoner of war, soon finds himself defending angels from his gang rapey neighbors, and eventually is drunked into impregnating both his daughters. All part of the plan??

Genesis 15:1-6 // After these things the word of the Lord came to Abram in a vision: “Fear not, Abram, I am your shield; your reward shall be very great.” But Abram said, “O Lord God, what will you give me, for I continue childless, and the heir of my house is Eliezer of Damascus?” And Abram said, “Behold, you have given me no offspring, and a member of my household will be my heir.” And behold, the word of the Lord came to him: “This man shall not be your heir; your very own son shall be your heir.” And he brought him outside and said, “Look toward heaven, and number the stars, if you are able to number them.” Then he said to him, “So shall your offspring be.” And he believed the Lord, and he counted it to him as righteousness.

God told Abe straight up “for certain” that things were not going to be all rainbows and butterflies in verse 13 (READ). Where do you think this idea of easy breezy Jesus life comes from??
What do we gain from perpetuating/believing it??
What do we lose??

BELOVED, YOU ARE LOVED

The second biggie we can learn from God’s relationship with Abram (moving right along to chapter 17) is that God wants us. At least, He wanted Abram. And if He wanted Abram, it’s safe to assume He wants us. Why? Because the rest of the Bible exists and because His reasons for wanting Abram were as follows:

You exist. I exist. Therefore it stands to reason that God wants us, too. Even though that makes no sense because we’re kind of a hot mess. (Some of us hotter and/or messier than others.)

How has God changed you??
Elevated you??
Changed you on a name-change level??
What does a name change look like for us today??

Genesis 17:15-16 // And God said to Abraham, “As for Sarai your wife, you shall not call her name Sarai, but Sarah shall be her name. I will bless her, and moreover, I will give you a son by her. I will bless her, an she shall become nations; kings of peoples shall come from her.”

What stands out to you about Abe’s story??
What attributes/characteristics of God that we learn from Abe’s story have shown up in your story??
Which would you like to see a bit more of??