This week I got three free dinners, made a new friend, completely reworked the outline for Grayson and celebrated this little lady’s first three months of life: 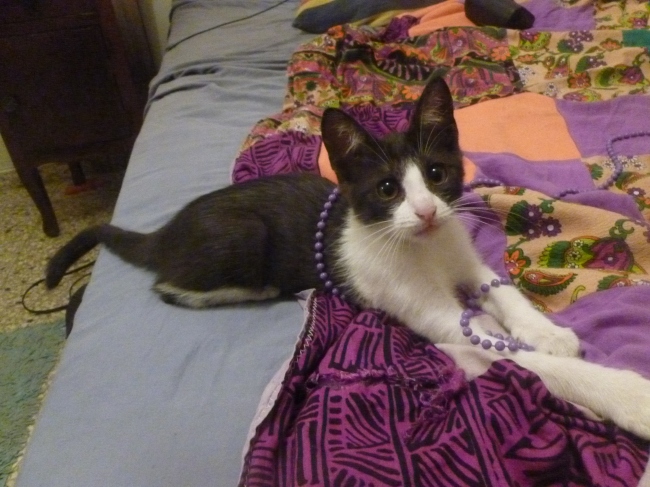 Articles worth checking out:

Confession of a Christian Who Still Struggles. by Ruth Wilson at Wrecked – “I confess that although I am a Christ follower- I still struggle daily. But I breathe deep in the fact that His grace is suffocating and constant.”

Fathers of Kidnapped Nigerian Girls Ask World to Pray for Their Return at ABC News – #bringbackourgirls.

How to Talk to Your Kids About Gay People, By a Gay Person at Mommy Man – “Get to your kid before ignorance does.  If you’re honest with them, they’ll get it.”

Neil Gaiman’s 8 Rules of Writing at brain pickings – “The main rule of writing is that if you do it with enough assurance and confidence, you’re allowed to do whatever you like. (That may be a rule for life as well as for writing. But it’s definitely true for writing.) So write your story as it needs to be written. Write it ­honestly, and tell it as best you can. I’m not sure that there are any other rules. Not ones that matter.”

Somaly Mam: The Holy Saint (and Sinner) of Sex Trafficking at Newsweek – “Daniela Papi, founder of PEPY, an organization that promotes education and youth leadership, argues that those doing heroic aid work become immune to criticism. “Most people want to believe that people are good,” she says. “We see this hero and we buy into the hero, and actually the person we are defending is ourselves. It’s not them anymore, it’s yourself for being duped.”

Short Term Missions Mondays: What Alec Baldwin Taught Me About Missions – “Here’s the thing, the fact that Jack only wanted to help doesn’t change the fact that he essentially ruined everything. When it comes to short term missions, it’s not just the thought that counts.”

Women’s Self Defense: Level 1 – Rape Escape by Final Round Training – It’s always good to be prepared. This instructor was very clear and helpful.

Newsies Medley – One-Shot A Capella Tribute in 4K! by BYU Vocal Point – Well, it’s an a capella Newsies medley so I’m not sure what you’re still doing here.

Words to live by:

“Think about catcalling like chewing with your mouth open, it’s not cute no matter where you are.” – Pippa Biddle